The fact that children learn new languages faster than adults is widely known, so if you’re a parent who wishes to teach your kids how to speak or write in English, there’s no better time to start than today. A study made by MIT in the United States has found that the best age for children to learn a new language with a native-speaker proficiency is by 10 years old. Children below this age tend to easily absorb new information and excel in a new language.

But if your kid has already surpassed 10, it’s not a reason to worry; kids under the age of 18 can still master a new language. It only gets more challenging when they get past that age.

Start them young and make your lessons fun so that your kid would enjoy. Here are fun techniques to teach English to your kid:

1. Do Not Worry About Your Own Skill

If English isn’t your first language and it affects your confidence in teaching your kid the language, don’t falter because your enthusiasm in teaching is more important than your grammar or skill. Give them lots of praises and encouragement, but be patient as well because they aren’t likely to switch languages right away. As long as your kid keeps seeing you being enthusiastic in speaking English, they’ll come to pick up the language eventually.

Kids are easily engaged in stories, so use story-telling moments to teach them English. Illustrated books would help them visualize the meaning of the words or phrases; point to the picture as you recite the words. Use or make different sounds to stimulate their imaginations and for them to further understand what they’re hearing and seeing.

There are several games that help in teaching English, such as Pictionary and Hangman. You can also play Charades to help them learn how to express words through only actions. Play games from time to time to make them look forward to each lesson.

Now that you got your kid highly interested in learning the language, it would be the time to teach them vocabulary and grammar. Of course, once you get to this step, you should still practice the other three techniques to keep it fun for them. English grammar and vocabulary textbooks for children are available online in Singapore and other countries at affordable prices. Buy them books to exercise their skills until they master the language. 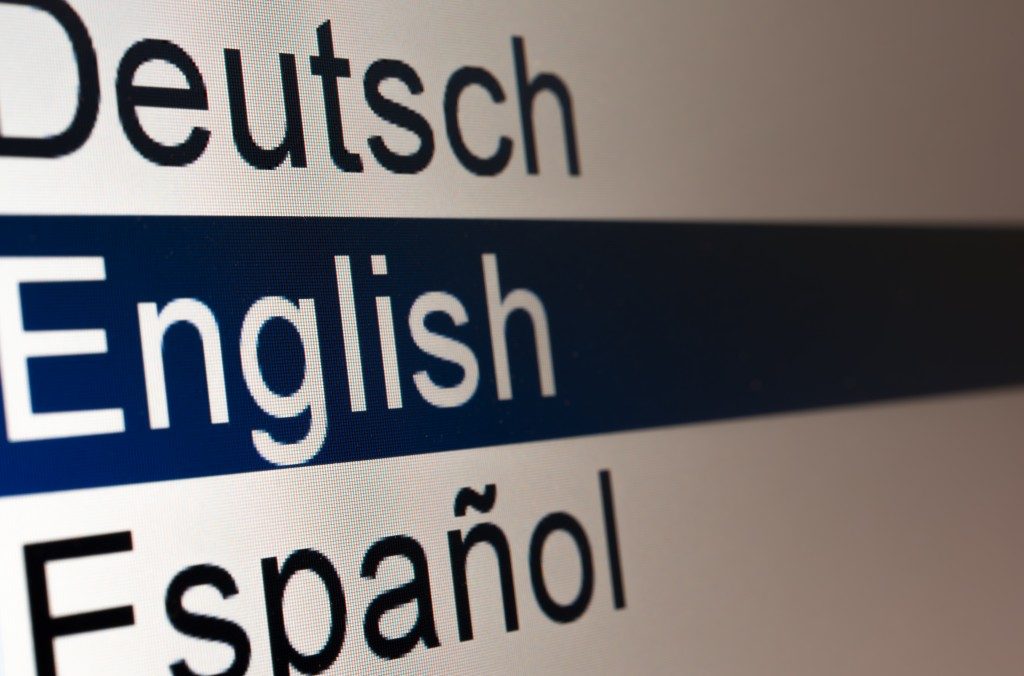 The best advantages of speaking English can probably be felt at adulthood, but that’s exactly the reason to learn the language during childhood.

Aside from being able to use the language when travelling to English-speaking countries, English is also the primary language of business. No matter what profession your child ends up having, English will surely be a part of their business transactions at one point. And if they’re fluent, more doors of career opportunities will be open for them, such as employment in international companies.

If they’re still in school and you decide to send them to another country like the U.S. or the UK to study, they can converse with their classmates comfortably and enjoy various English films and television shows together. Researching in English won’t also be a problem for them.

English is also predominantly used in technology, such as software programs. If your kid becomes interested in computer science and tech, they’d be at an advantage when they have an in-depth understanding of the English language.

With English as their second language, children will always be one step ahead of their non-English-speaking peers. If you’re worried about them forgetting their mother tongue, the key is to talk to them using both languages. Use straight English only while they’re still learning. Once they’re already fluent, they’d have no problems speaking and understanding both languages.