“Ice Knowing You”: Different Types of Ice Cream You Should Know About

When we talk about ice cream, you’d probably think of a comforting cold dome or a swirl of rich flavored cream sitting on top of a cone. Although, depending on where you are in the world, ice cream may look and taste quite different. In fact, the term “ice cream” differs in other countries and others use the terms “frozen custard”, “gelato” or “sorbet” when labeling what we usually know as ice cream. There are different types of ice cream all over the world, in fact, ice cream traces its origins with flavored ice back in Persia 500BC and its earlier iterations in 200 BC China as a frozen mixture of rice and milk.

But whether you’re a foodie in search of something new, an entrepreneur searching for ice cream franchise business opportunities, or a chef looking to expand your cooking skills, it’s always good to increase your culinary knowledge. So, let’s take a trip around the world to see the different iterations of everyone’s favorite dessert:

Soft serve ice cream was created in the US back in the 30s and has become one of the classic and well-known iterations of ice cream. They’re less dense than the “scooped” ice cream we know of as air is introduced while the ingredients are frozen. To date, soft serve ice cream is being sold all over the world and is a staple in carnivals, fairs, and amusement parks. They are often required to be eaten quickly as they tend to melt fast, and aren’t prepackaged but served directly from the soft serve machine. 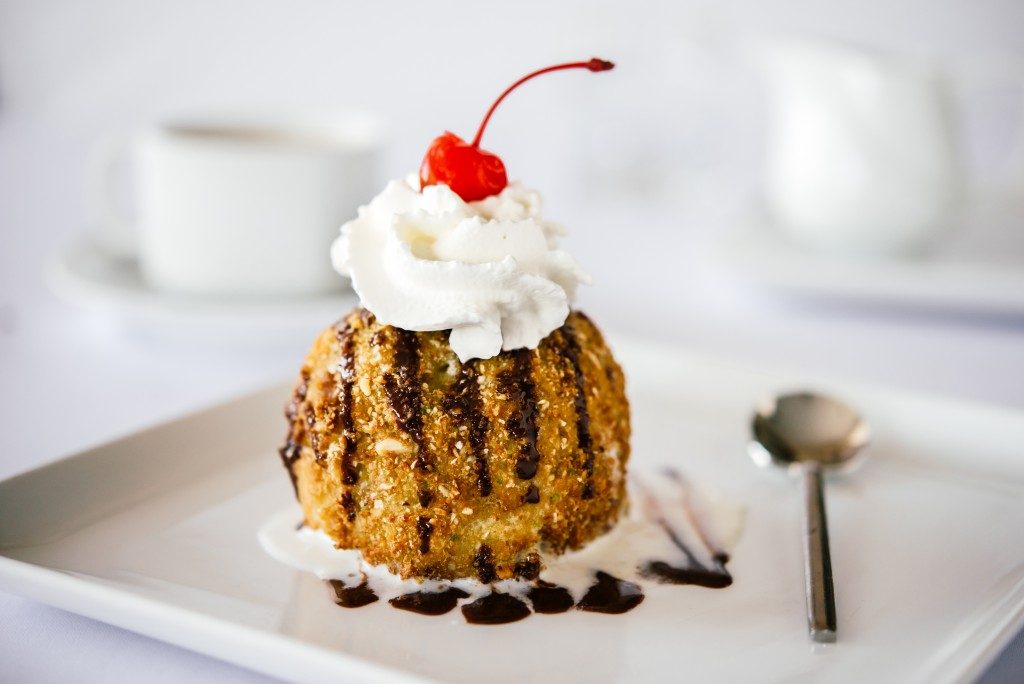 Rolled-ice cream is popular and quite common in Asian countries such as the Philippines, Malaysia, and Thailand and is done by “frying” a pre-mixed ice cream base and toppings (fruits and cookies) on a cold grill. After the ingredients freeze on the cold grill, they are pushed and “rolled” into a cylindrical shape with a spatula and is served in a cup with additional toppings.

Snow cream is quite popular in Taiwan and is made by freezing cubes of milk and water then use a shaver to form it into thin strips of cold, creamy frozen milk, and is then served with chocolate syrup or condensed milk. These “shaved” ice cream are delicate and fluffy as fresh snow, hence the name.

The Italian gelato is denser than American ice cream due to its lack of eggs, a higher volume of milk instead of cream, and slower churning process. This procedure and formulation lead to less air being incorporated, making it “harder” and richer.

Kulfi originates from India and could be best described as frozen custard. Unlike American ice cream, the ingredients in Kulfi are not whipped, which makes it denser and creamer. These creamy and rich delicacies are often served on a stick and traditionally come in mango, cardamom, rose, mango, pistachio, and saffron flavors.

This Iranian dessert looks more like a noodle than the ice cream you’re used to seeing. They’re made of a semi-frozen noodle-shaped starch containing rose water and sugar. They’re often served with pistachios and lime juice and is served in coffee and ice cream shops in Iran.

Dondurma has recently gone viral due to videos of dondurma vendors doing tricks when they’re serving the dessert. Dondurma is Turkish ice cream made of salep (flour made from orchid) and mastic (sap from the mastic tree), giving it a chewy and almost taffy-like texture.

Each “incarnation” of ice cream in different parts of the world give a glimpse to both their culture and the available ingredients in that region. Although ice cream may have various iterations all over the world, they all have one thing in common: they’re comforting treats enjoyed by people of all ages and walks of life.