Among the cuisines you can find in Europe, British food gets panned a lot, even by Britons themselves. But in truth, it’s probably because the less palatable traditional dishes somehow get more attention. Here are some less-popular, more palatable British dishes and food items you should try.

Yes, it’s called that because it’s traditionally enjoyed on a Sunday. This delectable dish consists of roast beef and potatoes, with Yorkshire Pudding and vegetables. The reason for its name is that it was made by families way back in the 1700s and they would place cuts of meat and vegetables in the oven before Sunday Mass. By the time they returned the food would be ready. Enjoy this dish with a lot of gravy on top.

There’s the American Breakfast and then there’s the Full English Breakfast. Also known as the “fry up”, this delicious monstrosity is a large plate that has slices of grilled bacon, sausages, baked beans, grilled tomatoes, poached eggs, large sautéed mushrooms, fried bread, hash browns and black pudding. The black pudding is probably the most fascinating item on the plate, as it’s a sausage-like food made from oatmeal, pork blood and pork fat. This filling breakfast will likely keep you full past lunch. 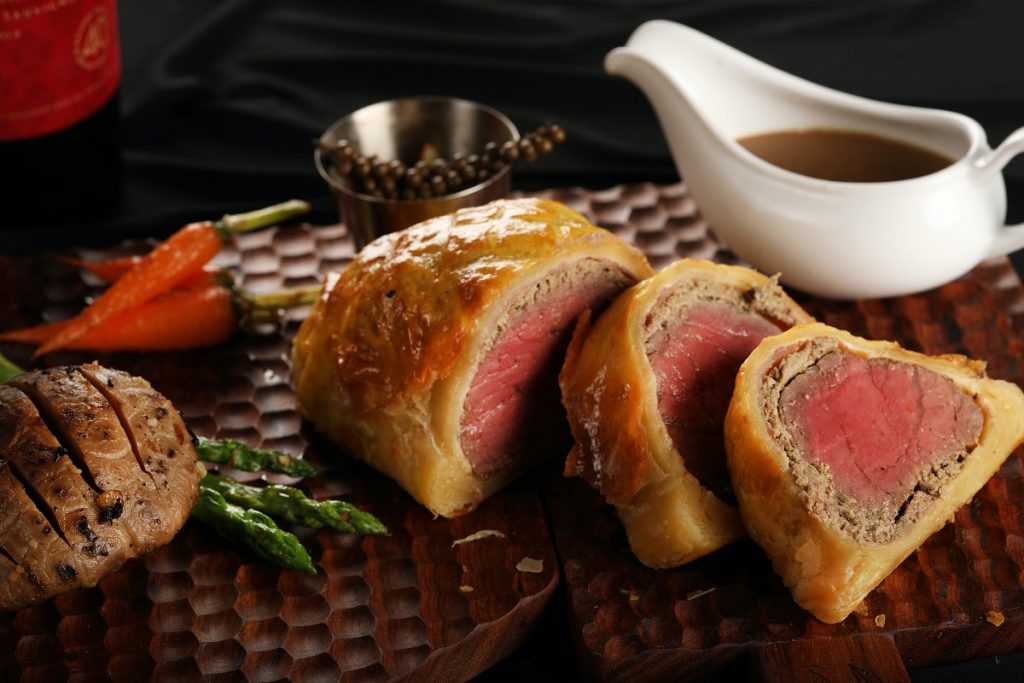 This meaty dish is tenderloin carefully coated with French pate’ and duxelles, which is a paste made from ground mushrooms, onions and herbs. The beef is then wrapped in puff pastry then baked. Once done, the dish is served with roasted vegetables and gravy. The pastry coating gives the dish a crispy texture while keeping the meat juicy and tender. While there’s no clear connection to the famous Duke of Wellington who defeated Napoleon, it may be a mere relabeling of the French dish boeuf en croute or filet of beef in pastry. Not convinced it’s delicious? Gordon Ramsay might change your mind.

Also known as “the Gentleman’s Relish”, Patum Peperium was a condiment invented by English expatriate John Osborn while living in Paris. Osborn launched his product at two food shows there, earning praise for his spread made of anchovies, butter, spices and salt. The traditional way of enjoying this salty, spicy, peppery spread is simply slathering it on some toast, but there are at least 18 more ways to enjoy “the Gentleman’s Relish.” If you can’t fly off to England, you can order this treat from one of many UK online shopping stores.

Another of Britain’s interesting spreads, Marmite is a yeast extract mixed with salt, vegetable extract and spices. It’s a dark brown paste that’s very salty and is usually enjoyed by Britons by spreading a paper-thin layer on toast or pairing it with butter or cheese. Some Marmite fans mix it in stews or soups, use it as a seasoning or even add it to sweet dishes. It’s rumoured to be so useful someone even wrote a cookbook for it.

The main reason that people think British food isn’t delicious is likely because they’ve only scratched the surface of what they can try. As with any other cuisine that’s “different” or new, don’t judge the lot by sampling only a few dishes that other people have tried. Keep an open mind and try the lesser-known but more delicious options British cuisine has to offer.